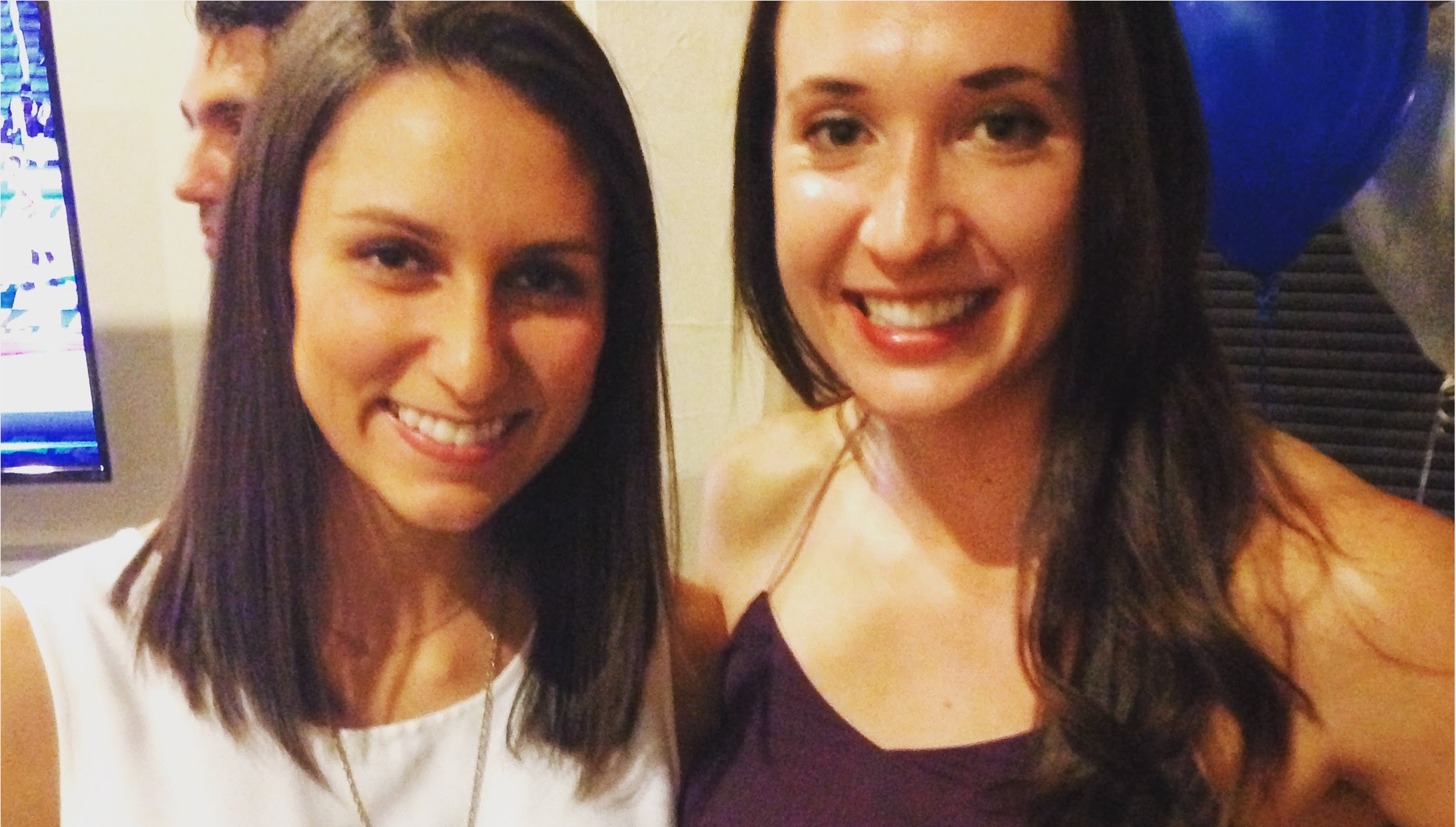 While we may not be as young as we were in this picture (photo taken in grad school), we still share many of the same qualities that we did then! Traveling and spending time with friends being two of them. Read our personal and professional Q & A with the authors, Kristi and Becca!

This week, we decided to share a little bit more about ourselves. To do this, we asked each other questions (virtually), and took some time to answer them. Fun fact - when we were in grad school together professors got us confused ALL the time. Similarities are clear when we (unknowingly) asked each other some of the same questions. While we are passionate about all things speech-language pathology related, that is not all we do! We hope you enjoy.

How did you decide to become an SLP?

It was during my orientation just prior to my freshman year of college. I had initially decided that I was going to double major in Nursing and Communications: Public Relations (because those two are exactly the same), and I saw a small seminar for the major, Communication Sciences and Disorders. I decided to go and check out what it was all about and I LOVED the idea of the field they were promoting. It was a professional area that had a medical component and also highlighted interpersonal care and communication. Once you graduated with that major, you had the opportunity to pursue a graduate degree in the field of speech-language pathology and/or audiology. So speech-language pathology it was! After the seminar concluded, I went over to one of the orientation leaders and I changed my declared major right then.

What do you think you would do if you weren’t an SLP?

Hm… this answer may be a bit twofold. I am very interested in decorating and organizing, but at the same time, I don’t think I could give up the science component we have within our field. As far as organizing goes, I have an incredible affinity for designing homes and spaces (whether I am good at it is another story) but I find it very soothing and fun. Science-wise, I’ve always found the area of genetic counseling to be interesting.

What is your guilty pleasure?

I don’t think I am very original here, but one of my favorite “me days” is when I sit on the couch with a bowl of ramen or pho and watch a season of one of my favorite shows - The Office, The Sopranos, or Sex and the City. I tend to rewatch seasons over and over… I’m open for recommendations though, people! Also, I could sit at my kitchen table all day and do a jigsaw puzzle and be very happy.

Are you a salty/savory or sweet indulger?

You can’t have one without the other, right? Popcorn and Reese's Pieces at the movies is a must for me!

Where is the favorite place you’ve traveled?

I would like to say, “I haven’t been there yet,” but one of the most breathtaking places I’ve ever been to was Rome. The history, architecture, and culture there is unmatched to anywhere else I’ve traveled to. For my more recent planned vacations, I crave trips to places where I can see mountains!

What is one TV show in which you would like to be a character?

I live in New York City (which probably explains my craving for mountain time in the previous question), but I’d have to say Friends, right?! Which character, that is the true question...

What is one chore/daily activity you would like to eliminate?

Dusting will be the death of me. Where does it all come from?!

If time or money weren’t a factor, what is a hobby/skill you would like to pursue?

Recently, I’ve been really wanting to get back into dirt biking. City life doesn’t really lend much space for it, though. It’s something that I used to do with my dad and my brother when I lived in Florida and I even had my own bike. It’s something very mindful, yet exhilarating, and I always enjoyed that quality time with my family.

What song do you put on to pump yourself up?

I’m not sure if it’s considered a “pump up” anthem, but Natasha Benningfield’s, Unwritten makes me feel all of the feels. If I want something to make me feel good that’s a little more soulful, I’ll listen to Carole King’s Tapestry album.

What was your favorite childhood book?

I just texted my mom and she reported, Goodnight Moon.

Why did you choose to go into speech-language pathology?

Going into college, I didn’t know exactly what I wanted to do, but I wanted a job where I worked with other people, I didn’t sit at a desk all day, and I had the potential to make a positive impact into other people’s lives. I also wanted to go to graduate school and earn a Master’s degree. I had many people tell me that the field of speech-language pathology was a great field, and after looking into it a bit more, I was sold. (It also doesn’t hurt that my mom is an occupational therapist and her mom was a speech-language pathologist before she retired.)

What is something you think most people wouldn’t know about speech pathology?

I think a lot of people think that SLPs just “help people talk better,” where we actually do SO much more than that. Also, “helping people talk better” is a much more complex thing than most people realize. “Talking” involves articulation, voice, fluency, language, social communication, and more. In my current job, I have a lot of patients who are unable to “talk” in the typical way because of many different reasons, so I focus more on communication than just “talking.”

That is a tough question! I love books. For picture books I would say Dr. Seuss books, and wordless picture books are some of my favorites.  Dr. Seuss is a classic - the rhyming, the illustrations, and the journeys the characters go on during the stories. Wordless picture books can be used for all ages and all abilities - individuals have opportunities to use their minds to create stories of their own from the pages. As a child, we had “The Snowman,” and I remember loving the accompanied stuffed animal snowman we also had. As far as books I read nowadays - the Harry Potter series is forever a classic, but I also love memoirs and easy read novels written by authors like Jodi Picoult and Elin Hilderbrand.

What area of speech and language interests you the most?
That is another tough question! Currently, social communication and pragmatics are really interesting to me, as well as AAC and technology. As we know, technology is advancing each and every day, and I love seeing how individuals with complex communication needs can benefit from it - like using Alexa, voice-to-text features like Siri, and more. I think it would be neat to work closely with those who develop AAC devices and give a perspective from an SLP’s viewpoint as to what may work best for the individuals who use the devices.

What made you make the jump from Massachusetts to Denver?

I was born and raised in a small town in Massachusetts, but always had a desire to be in a city far from home. My mom said I once told her I wanted to live in a city with four kids one day. I thought about going to college far from home but wasn’t ready for the big jump at the time - so I went to school in Connecticut, about two hours away. When it was time for graduate school, I applied to both local schools and schools far from home, but ending up choosing a local state school because of the cost. I am SO glad I did that because student loans are no joke. I told myself after graduate school I HAD to move somewhere else, because if I didn’t do it then, I wasn’t sure if I ever would. I chose Denver because I wanted to be in a city but also be close to nature, and I liked living in a place with four season. Moving to Denver has been of my better life decisions, and while I’m not sure if it’s forever, it’s home right now.

AAC is highlighted in this article, but it is also what I work with each and every day. It allows individuals who can’t typically “talk” (like I mentioned in a previous question) to communicate with others. I am lucky to be able to work with individuals of all ages and all disorders in their natural environments as I try to help them use their AAC devices to maximize their communication abilities to the highest degree they are capable of achieving.

Why is AAC carryover important for your clients?

What is your favorite piece of advice to pass on to parents/caregivers?

For all ages and abilities- talk to your children/loved ones! Even if they are unable to respond, still talk to them. You can talk to them about what you’re doing, what they’re going to do, how you’re feeling, and more. Regarding AAC devices - realize that this is a whole new system of communication, and it takes lots of time and support to become comfortable with them. It takes typically developing children years to develop functional speech and language, even as their brain is developing rapidly. It may take a long time to use an AAC device functionally across many settings, and that is okay.

What is the next continuing education course (CEU) you’d like to attend?

I would like to learn more about assistive technology across different fields besides speech-language pathology, and ways it can be incorporated into our scope of practice.

What is something you would like to achieve (personally or professionally) in 5 years?

I enjoy writing - so I would like to spend more time writing, either in a professional sense, via blog posts and articles, or personally, whether it be journals or topics outside of speech-language pathology. I also am trying to improve my cooking and baking skills - I love to eat good food, but making it is something I’m trying to work on more.


The link has been copied! 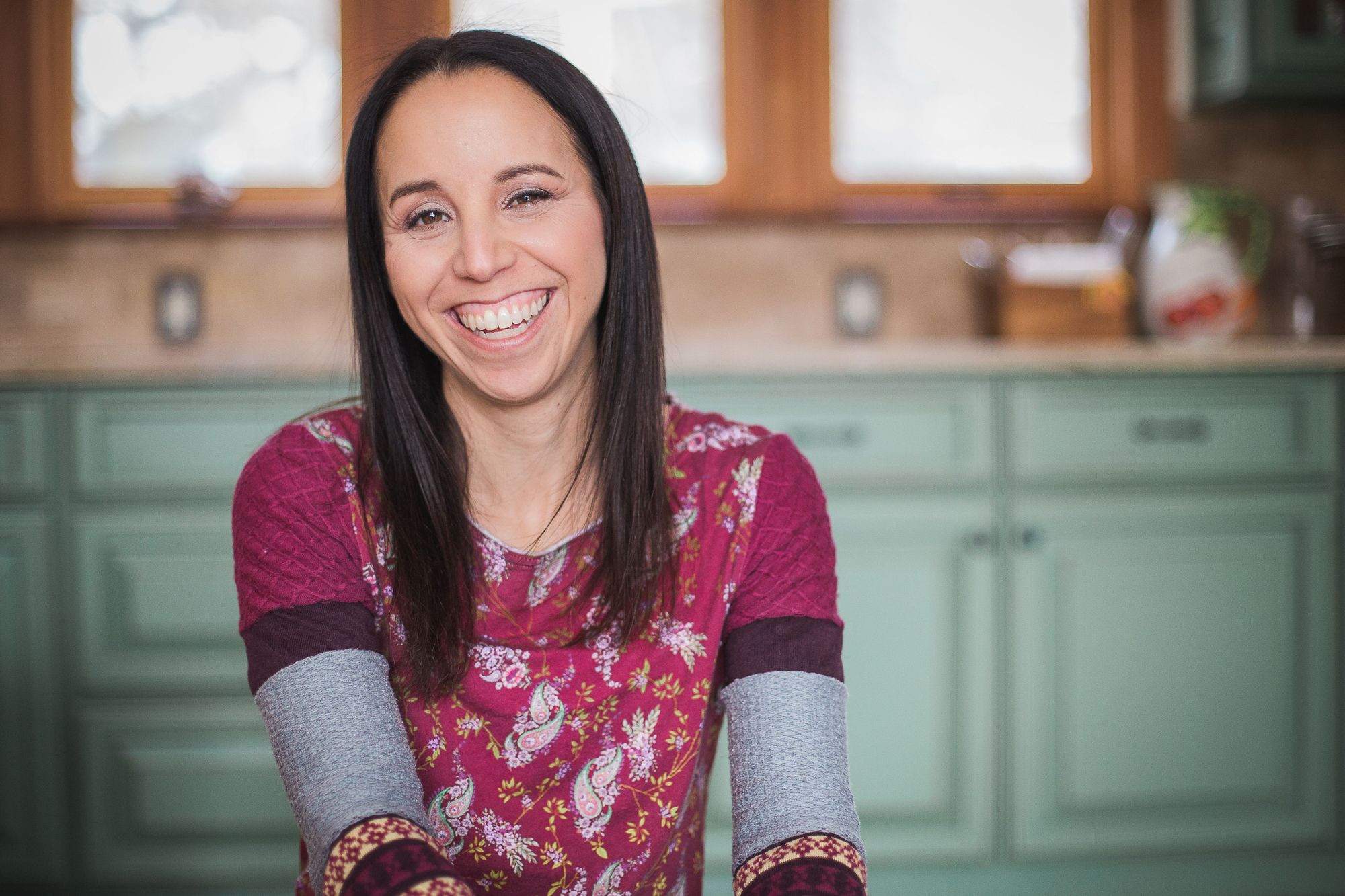 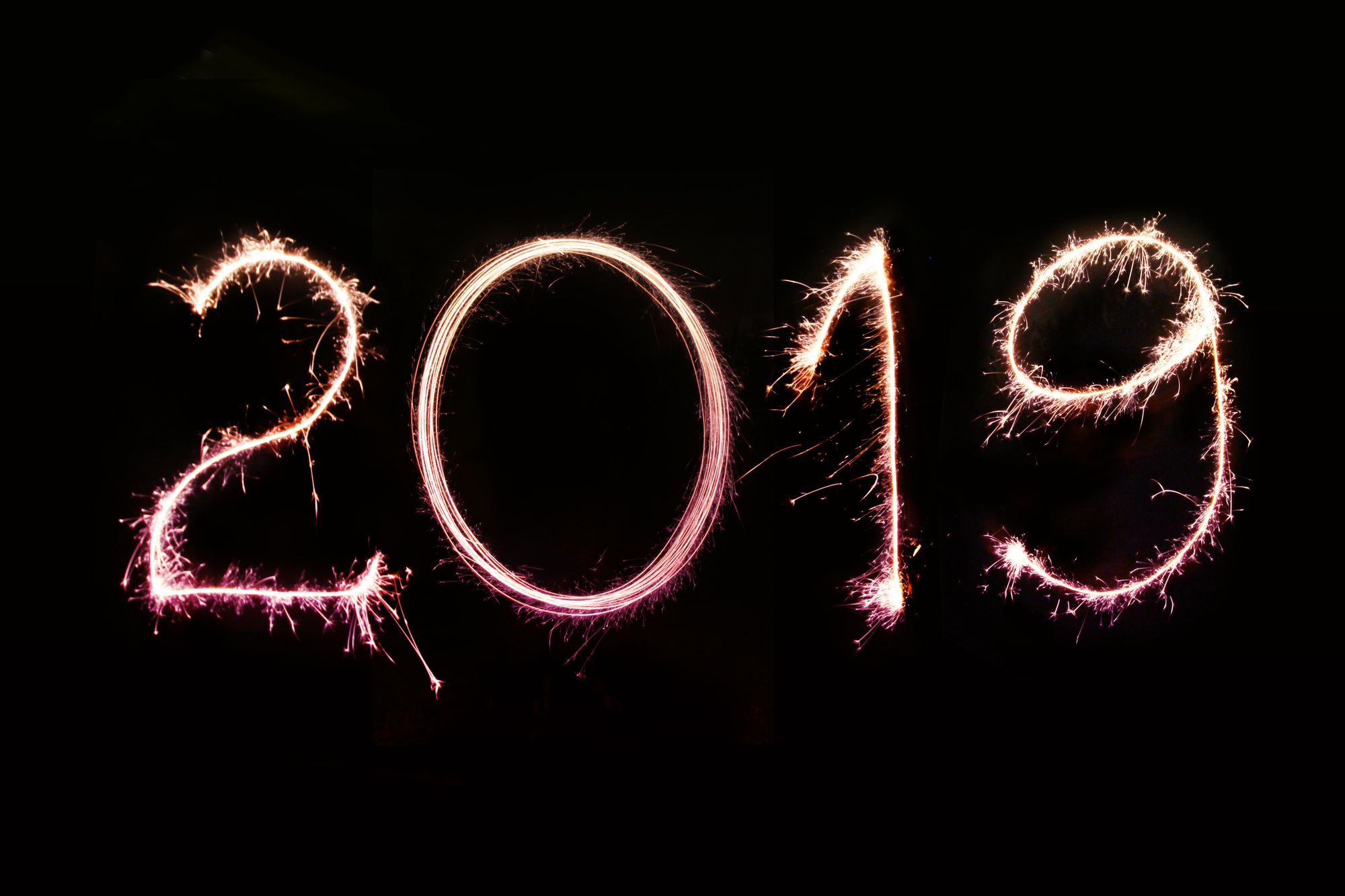 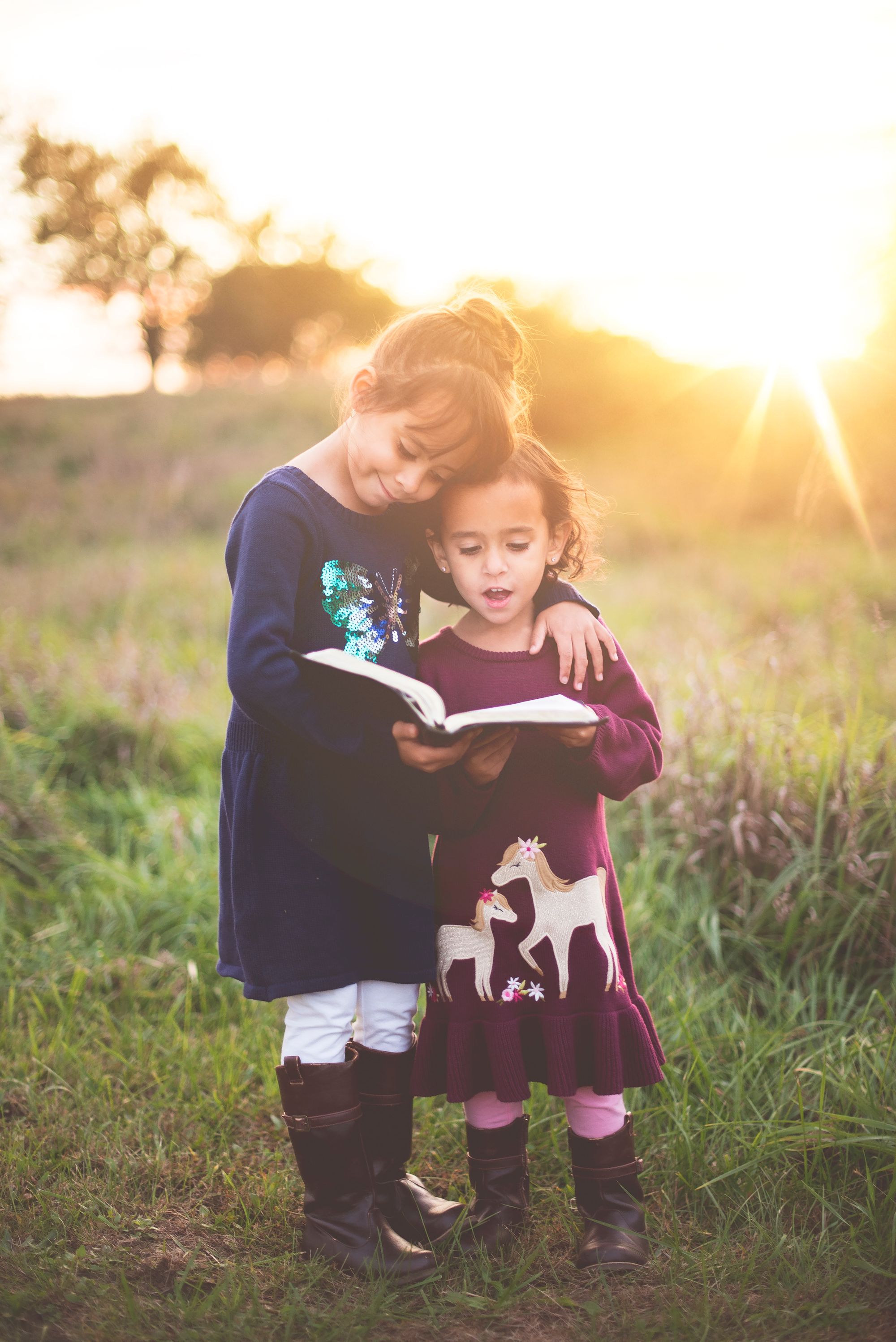 How to Include the Whole Family in Speech Therapy Activities 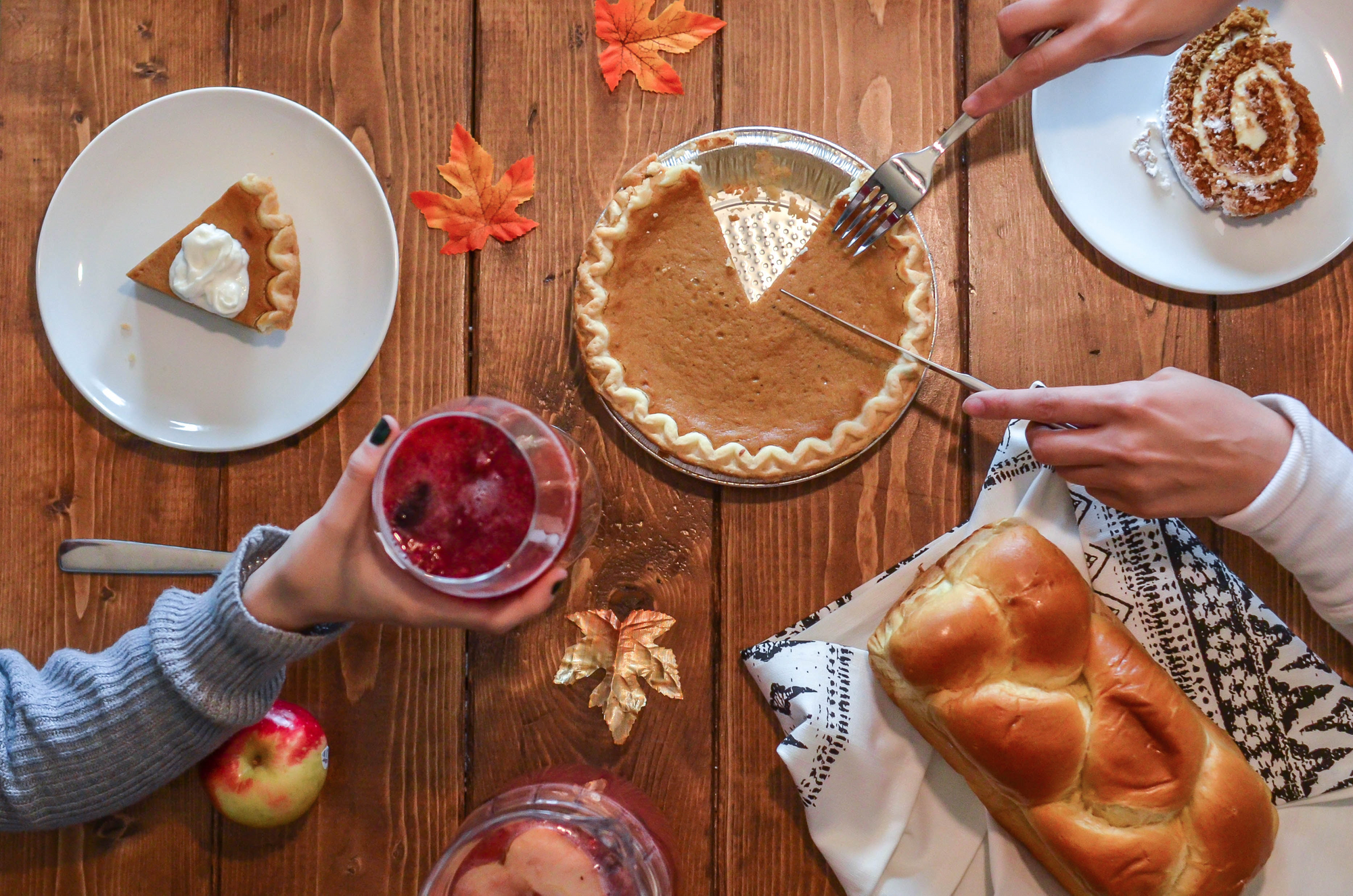